MapTiler helps people to recover from the Hurricane Matthew

The U.S. Government organization NOAA (National Oceanic and Atmospheric Administration) has chosen the MapTiler software from Klokan Technologies GmbH to turn the aerial photos taken after the Hurricane Matthew into a fast and reliable mapping service offered to the press and general public during the disaster recovery actions.

The speed of generating of the map tiles, as well as the reliability and scalability of the produced mapping service are able to handle hundreds of thousands of visitors. This is the main reason why our software is used for such cases.

Processing and hosting of the aerial photos happen on the Microsoft Azure cloud on Linux virtual machines running our latest MapTiler Pro on the command line. The tiles are served from Azure platform with an open-source TileServer software. It permits fast distribution of the maps to various mashups and websites, as well as opening of the map layers in the standard GIS software such as QGIS or ESRI ArcGIS. The same map tiles are directly reused thanks to the OGC WMTS standard. See the Coastal Imagery Services.

Other customers are using our MapTiler Pro (http://www.maptiler.com/) for similar tasks on their standard desktop computers, virtual machines, in private clouds or on Amazon or Google cloud platforms. 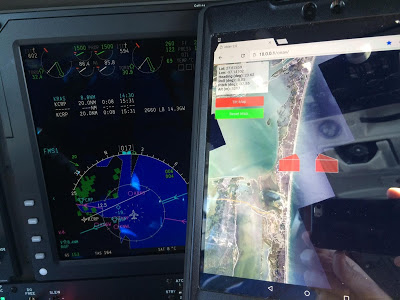 The maps produced by MapTiler during the previous flights are also used by pilots on the board of the airplanes together with open vector maps - as an extra option to standard navigation for taking new photos. More details are available in this blog post. 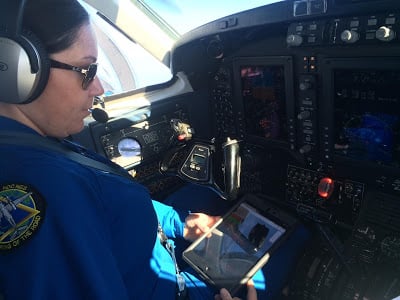