Highlights from State of the Map

The annual OpenStreetMap conference was hosted this year by the Heidelberg University. Topics related to community, humanitarian mapping, academic track and open-source GIS tools were presented there. Moreover, the conference is a place to meet people devoted to the idea of open maps.

This year, SotM took place between September 21st and 23rd in Heidelberg, Germany.

We presented our work on the OpenMapTiles project, which is a set of open-source tools for running digital maps, with a focus on generating vector tiles from OpenStreetMap in local coordinate systems. Maps in WGS84, which were mentioned in the presentation, can be found here.

Slides from the presentation are available on SlideShare.

The welcome keynote was given by Christian Föster and Dietmar Seifert from the Ministry of Transport Baden-Württemberg, the Platinum sponsor of the conference. In the booth they had on the conference, one was able to find out why they switch to OSM: quality, price and up-to-date information.

Another topic related to transportation was a presentation by Johan Wiklund, who talked about the open-data model in Norway. The presentation mentioned some tools already know from the last year’s talk by Markku Huotari from the Helsinki regional transport authority.

From a mapping perspective, there was an ongoing discussion on public transport schema v3, very practical lightning talk about the PT_Assistant plugin and many others. 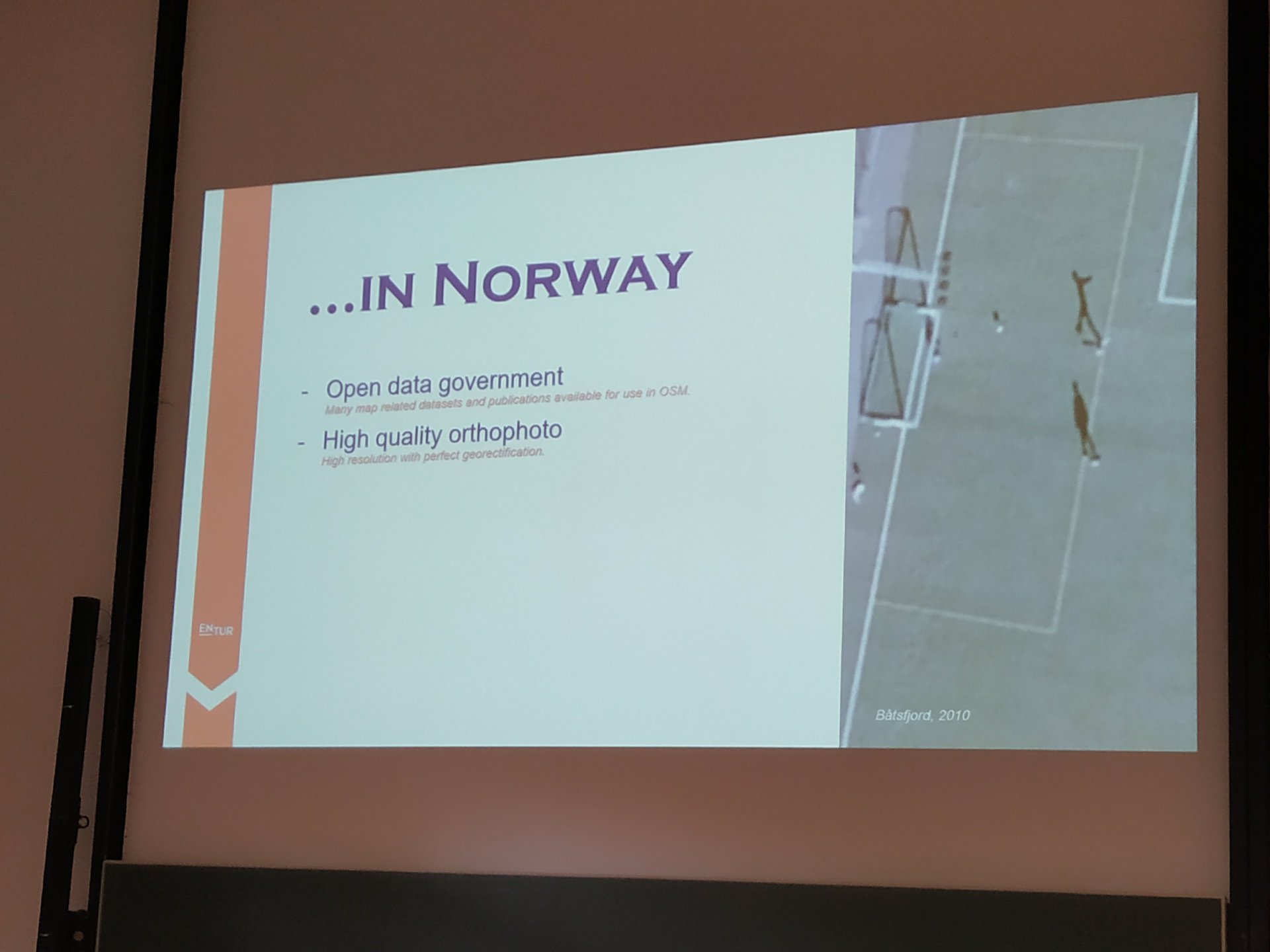 …in Norway, the majority of the government work is released as open data.

Artificial intelligence as a good servant

Controversies caused by misuse of AI from previous years seem to settle down and artificial intelligence is now at the stage when it serves as a useful tool for mappers.

AI is utilized mostly in countries with a lower number of local mappers. It is used e.g. by Facebook in Thailand, which created own fork of iD editor, known as RapiD. Roads in this tool are pre-mapped by AI and awaiting human moderation to make it to the OpenStreetMap database.

IBM showed their approach, which combines digitizing buildings from satellite imagery with creating fake satellite imagery from map data in cycles. Another big player in the field, Microsoft, started cooperation with Humanitarian OpenStreetMap Team in an effort to map areas for humanitarian aid. 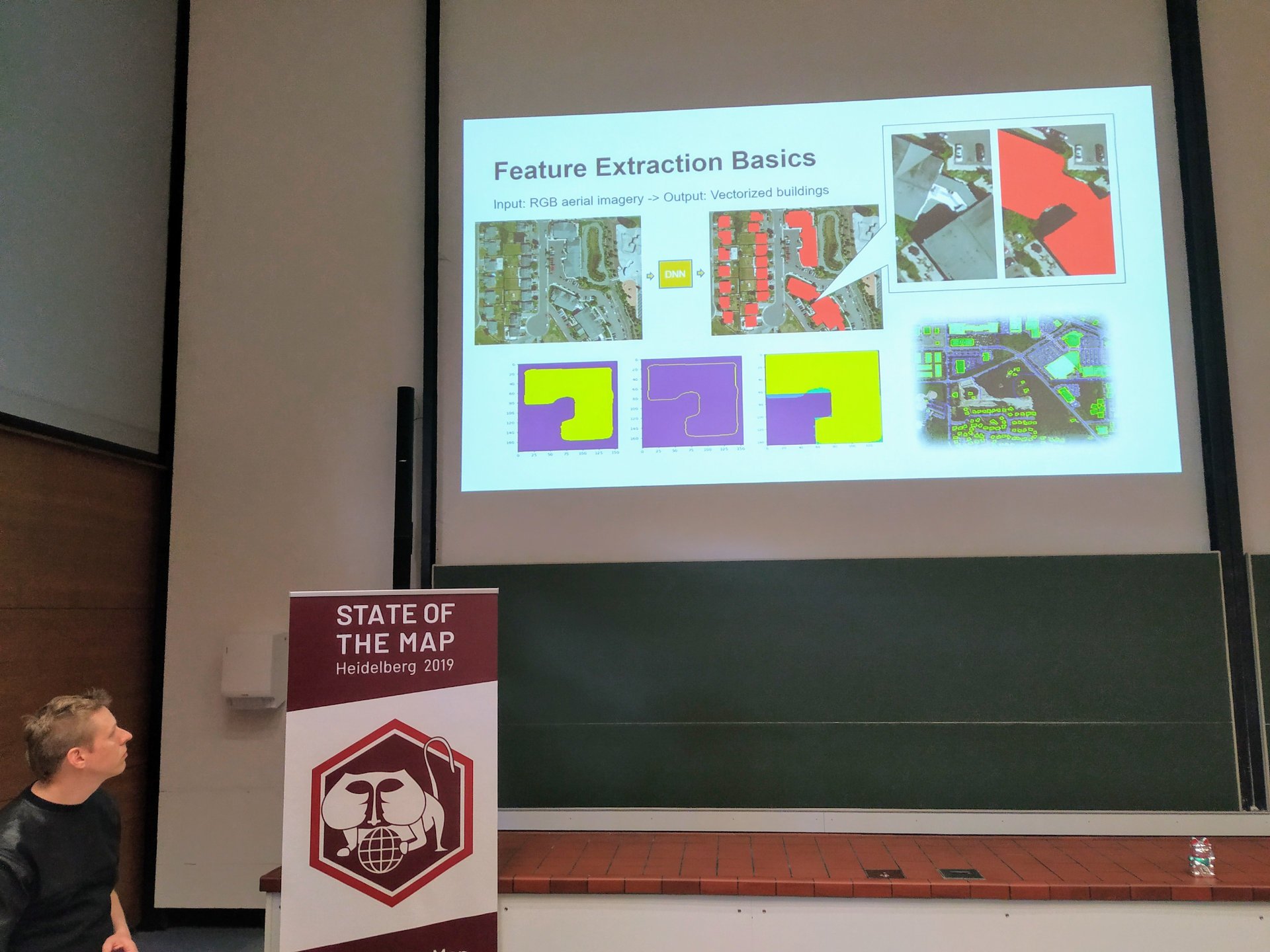 The joint effort of HOT and Microsoft creates vectorized buildings from satellite imagery.

The social event is traditionally the best place to meet others and start an interesting discussion. Apart from dinner and live music, this year organizers added the OSM awards ceremony, where the community praise people for their extensive work on OSM.

A smaller event called Poster Session took place on Sunday. A gallery of many beautiful maps or OSM related posters were exhibited there. 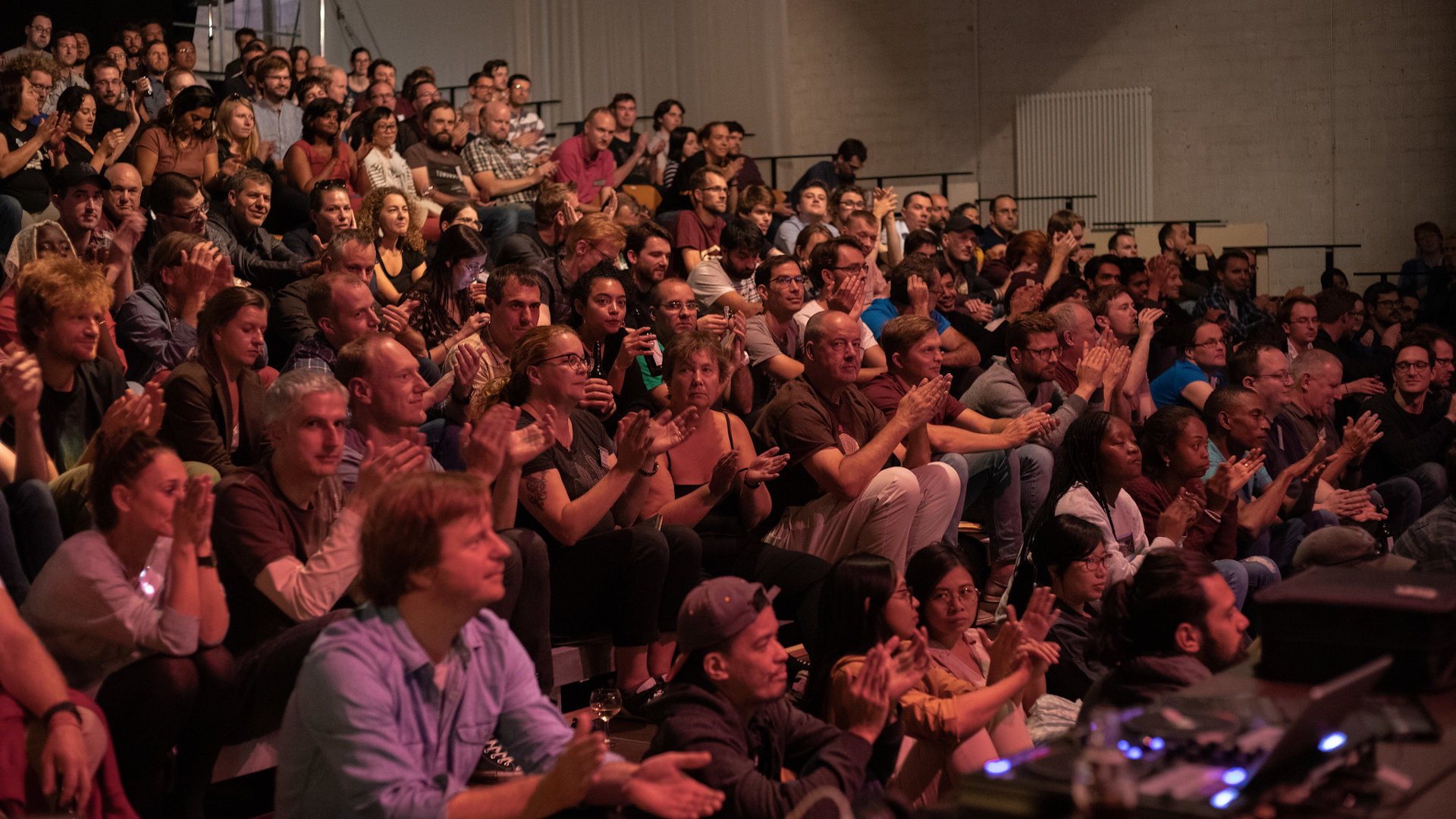 A big round of applause for the OSM awards winners. Photo ©Thomas Skowron CC-BY 2.0.

Big thanks to everybody involved

At the closing ceremony, the organizers got standing ovations for their effort. Needed to say, the applause was deserved as the conference was well prepared and everything went extremely smooth.

For the next year, SotM moves to Cape Town, South Africa.

In case you missed any of the interesting talks, you can already watch videos kindly provided by the CCC VOC team.

You can also watch our presentation and see the slides. Till next time! 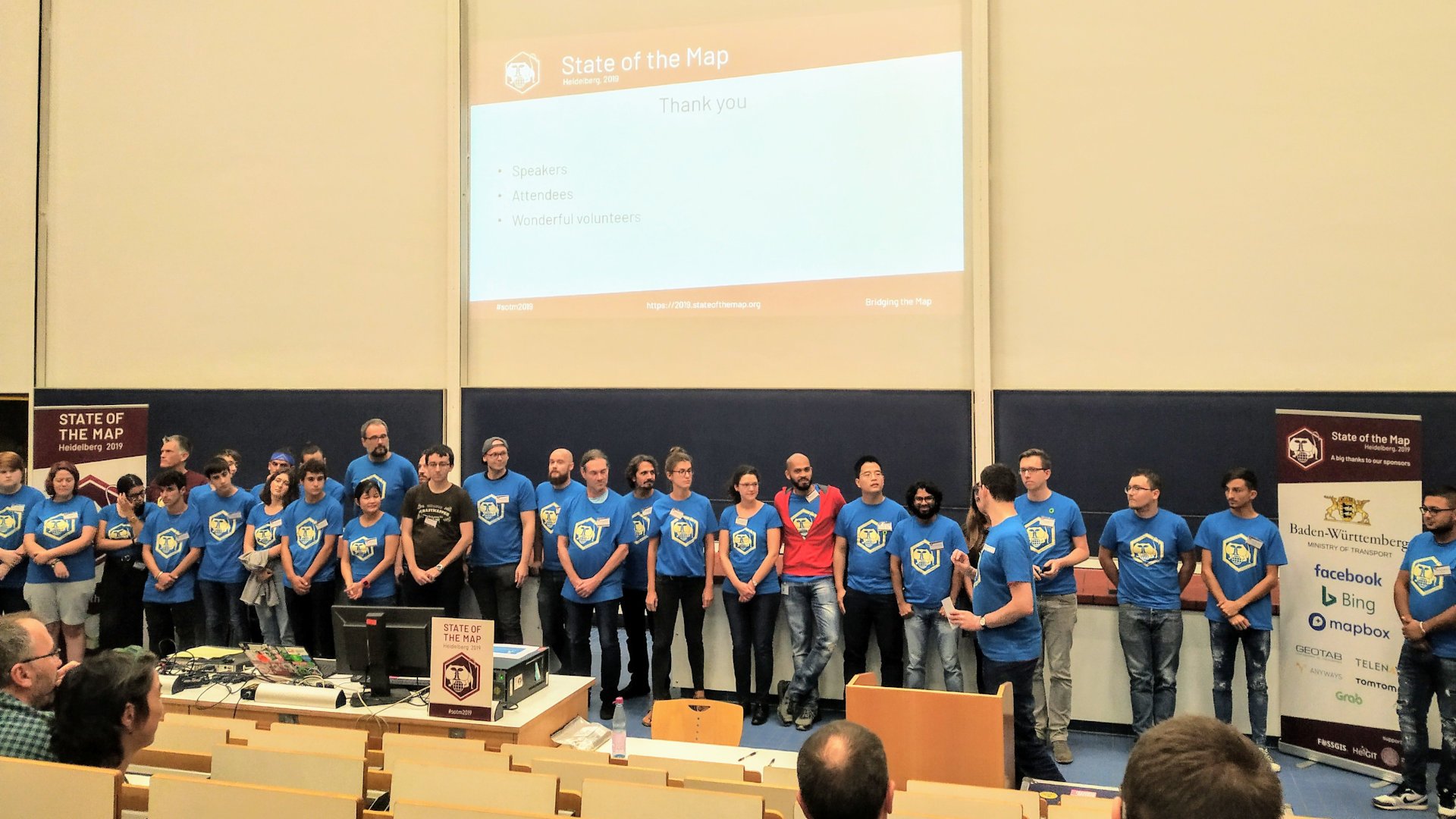 The organization team is about to get standing ovations for their exhaustive effort.