French imagery ready for your next project with MapTiler

High-resolution coverage of the entire France

We are glad to announce that the whole french open imagery is now included in the MapTiler Satellite basemap. Ready-to-use from our cloud infrastructure using MapTiler Maps API, we’re now also offering this imagery for self-hosting with MapTiler Server.

High-res aerial images of the entire France were tiled, color-toned, and seamlessly integrated in the MapTiler global satellite map.

More than half a million square kilometers of 20cm/px resolution aerial imagery has been processed and deployed to MapTiler Cloud, now available to all our users. One hundred départements available from the French government were tiled, color-toned and seamlessly integrated to MapTiler Satellite over the last year. The recent open data release by IGN (Institut Géographique National) allowed us to complete the processing over the full territory.

This new update perfectly complements the high-resolution aerial imagery already available in other countries including the USA, Japan, and most of the countries in Western Europe.

Our Satellite map now features the most recent high-resolution IGN orthophoto and can be accessed with a free MapTiler Cloud account, ready-to-use in your web, mobile or desktop applications. Subscribe to one of our paid plans for integration in your product or business. 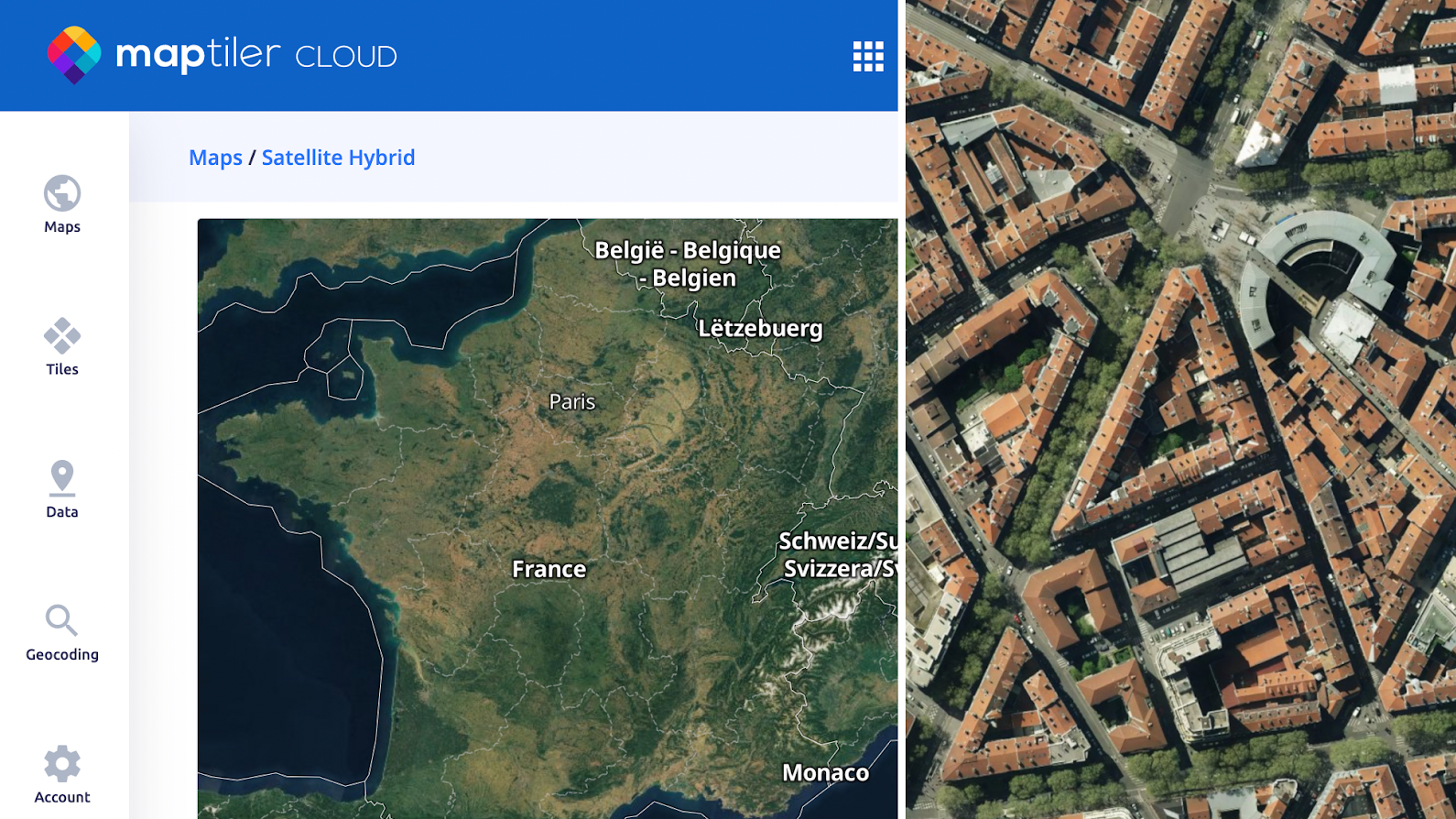 Take advantage of our Cloud infrastructure and rely on always up and fast satellite map services. MapTiler Satellite is available through TileJSON, XYZ or WMTS endpoints for quick integration in mapping applications and various software such as QGIS or ArcGIS.

The same high-resolution aerial imagery is now also available for self-hosting with MapTiler Server! That lets you deploy the French orthophoto on your infrastructure or to a private third-party organization very quickly, and use it in production for secured web maps, critical embedded systems or even offline mobile apps. Orthophoto France is available upon request and includes a MapTiler Server license subscription. 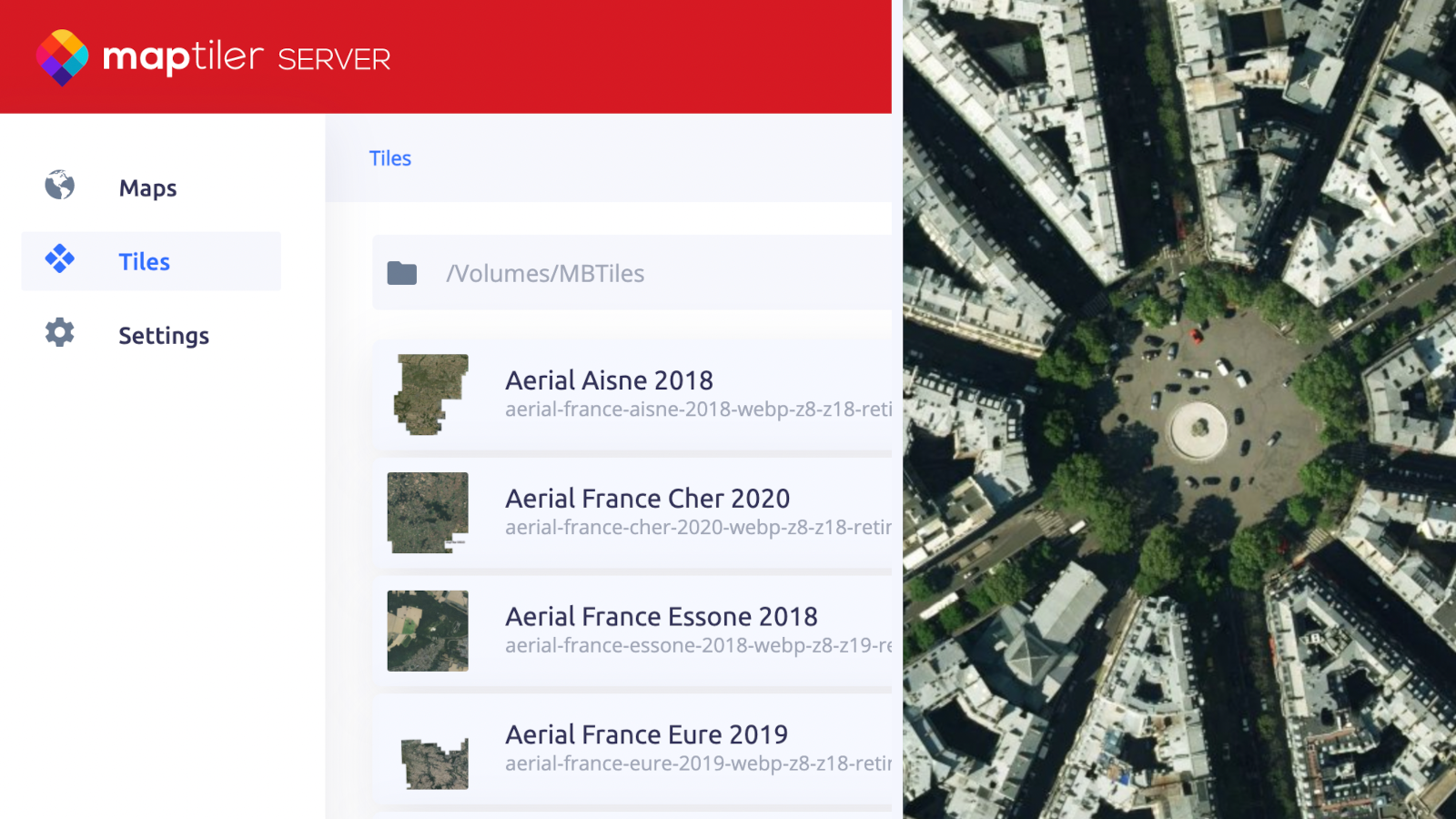 Get the most of the local MapTiler Data

Use the French high-resolution imagery directly from MapTiler Cloud, or locally with MapTiler Server according to your specific needs. Custom orthophoto extracts, Lambert or authoritative coordinates systems, various image formats and seamless color toning are provided upon request. Learn more and feel free to contact our local expert with any questions or sales requests. 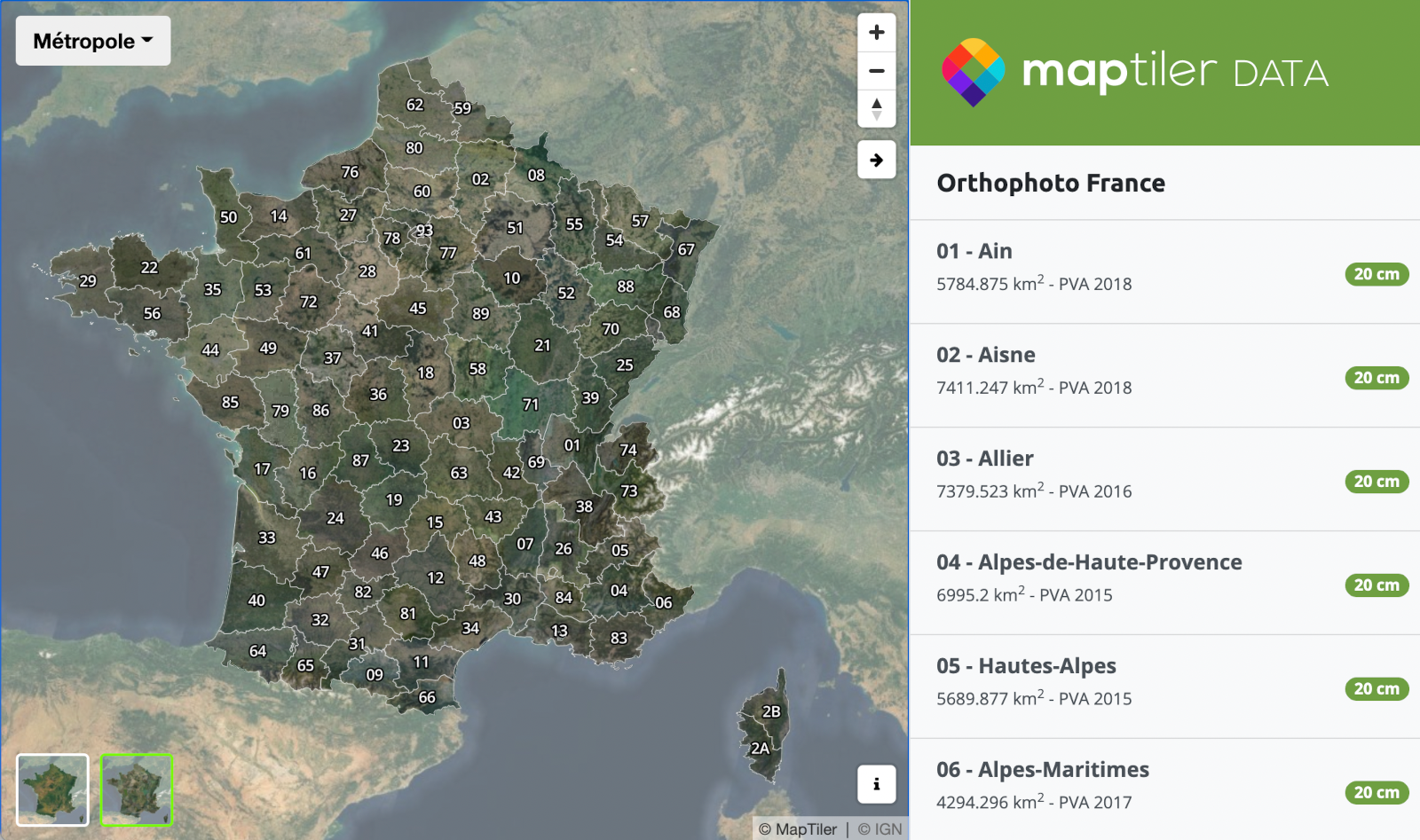