An intuitive data editor for creating maps of your shops, digitizing aerial imagery or building a thematic map is now available for everyone in MapTiler Cloud.

Vector data editor in MapTiler Cloud enables you to host, create or edit geodata in an intuitive web editor. You can overlay your raster images or use any of our maps, e.g. satellite, and digitize it. Remote TileJSON or XYZ sources are also supported.

Interactive vector overlay can be easily added to your website using a code example. This is the easiest way to show locations of your stores, draw over your drone aerial photos, digitize an old map or to create a small thematic layer.

Data can be created or edited using an online web editor, which is part of MapTiler Cloud and you can try it even without signing in. The same data can be automatically synchronized with the upcoming MapTiler Mobile app, which can be used for field data collection. 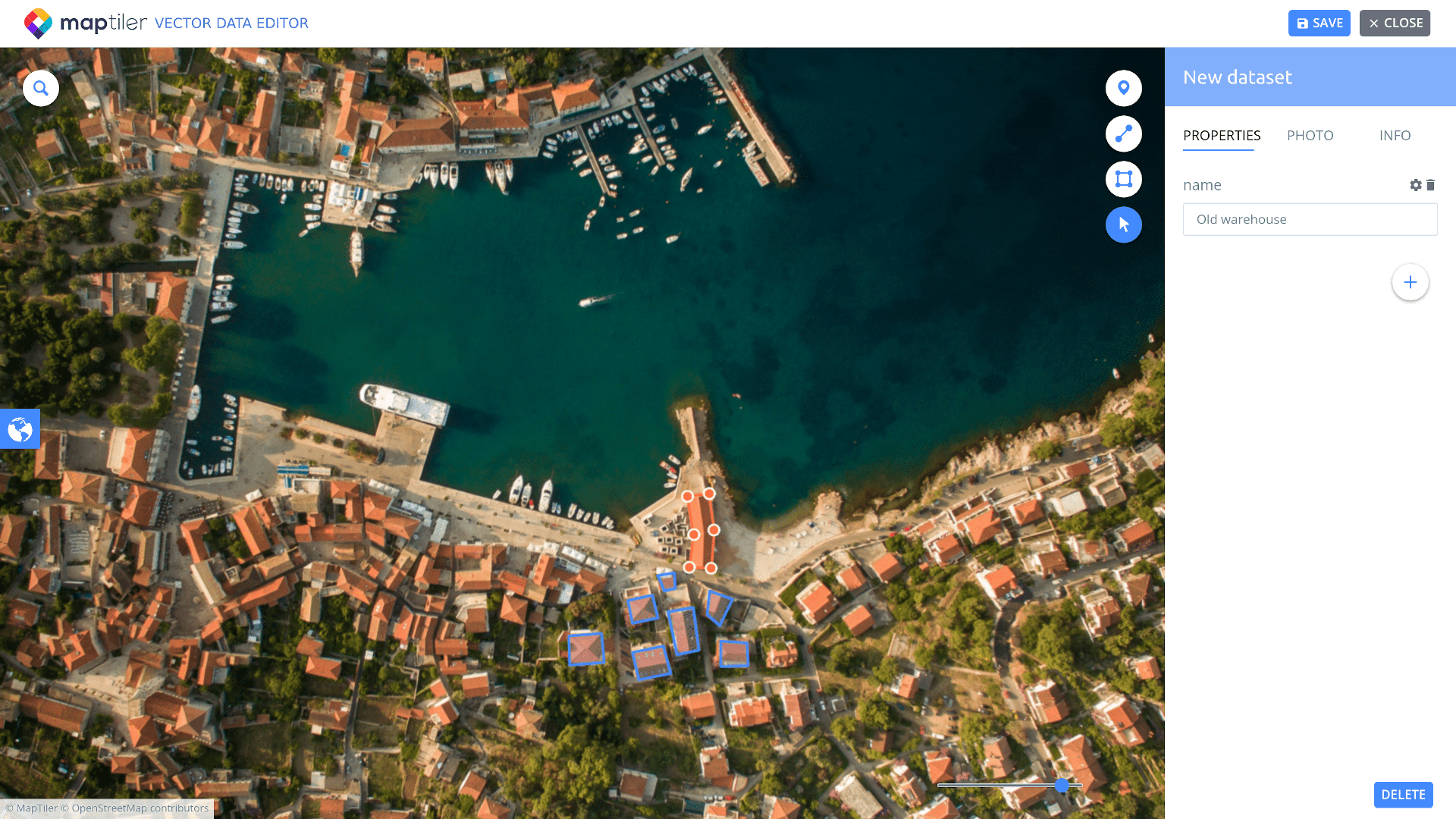 Data for direct publishing on the Internet

All data are hosted on reliable global infrastructure in GeoJSON format, which is an open standard defined for web publishing.

You can import own data in various supported formats including GeoJSON, GeoPackage, GPX, KML, Shapefile or zipped Shapefile. Exporting data for use in other software or on the web is possible using the GeoJSON data format.

If you want to display a larger amount of features (more than 5000 or files larger than 5MB), process them first using MapTiler Desktop into vector tiles, upload to MapTiler Cloud and style them there. 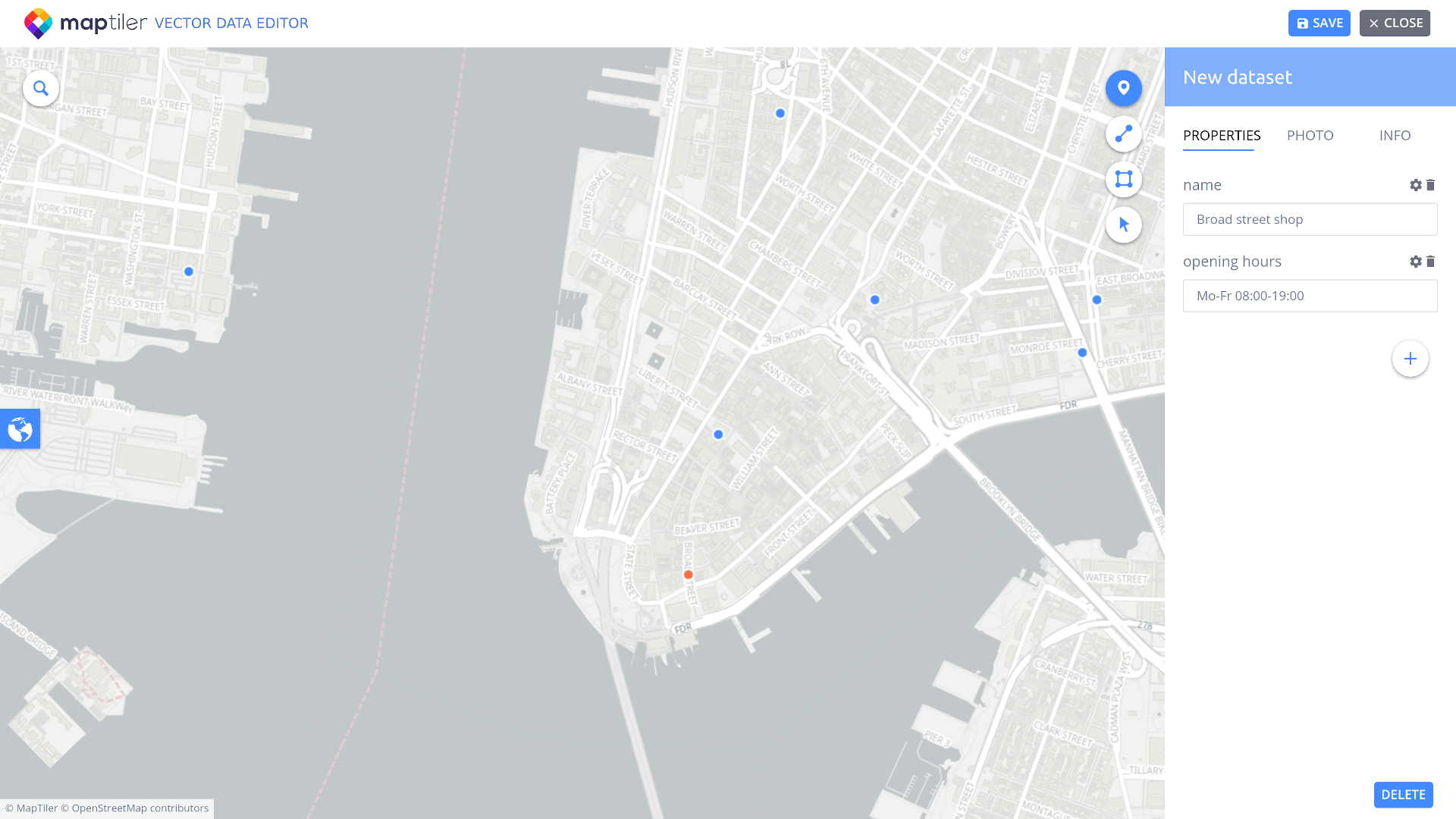 Create an interactive map of your shops or another thematic layer

Start editing your data on MapTiler Cloud with a free account.