Monitoring Air Quality During Wildfires, in Partnership with PurpleAir

MapTiler is proud to support PurpleAir’s map and mission to improve the accessibility of air quality data while making this data open. Such work is critical, especially during times of disaster, such as the massive wildfires witnessed across Australia, Siberia, and currently in the Western United States.

PurpleAir relies on citizen scientists and everyday users to purchase and install air quality monitoring sensors and publishes real-time air quality data on their map. Over nine thousand sensors are now distributed around the world. 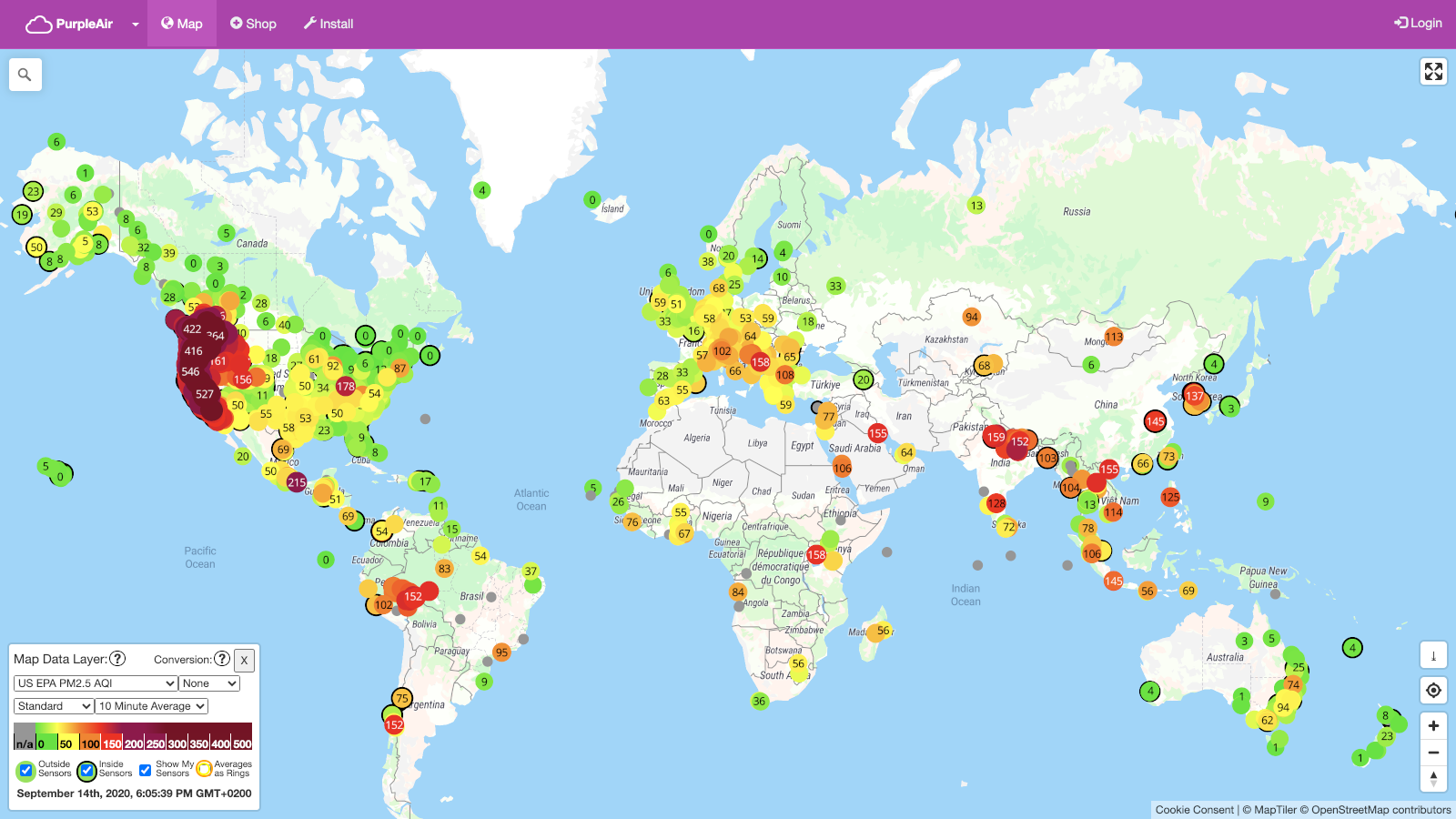 The map displays measures of air quality at the global to local scale, showing how neighborhoods can suffer from particulate matter, including those generated by wildfire smoke.

While crowdsourced data is inherently imperfect, the PurpleAir maps are an important resource even for government bodies. Their sensors even feed into the EPA’s AirNow.gov tool.

Wildfires Beyond the Scale of Comprehension

With the unbelievable scale of the wildfires currently scorching the Western United States, PurpleAir has seen over a 1000-fold increase in daily traffic. Increases are typical during the fire season, but the size of this year’s fires is unprecedented. Moreover, it’s just the beginning of the fire season, as the biggest blazes don’t typically occur until the autumn. 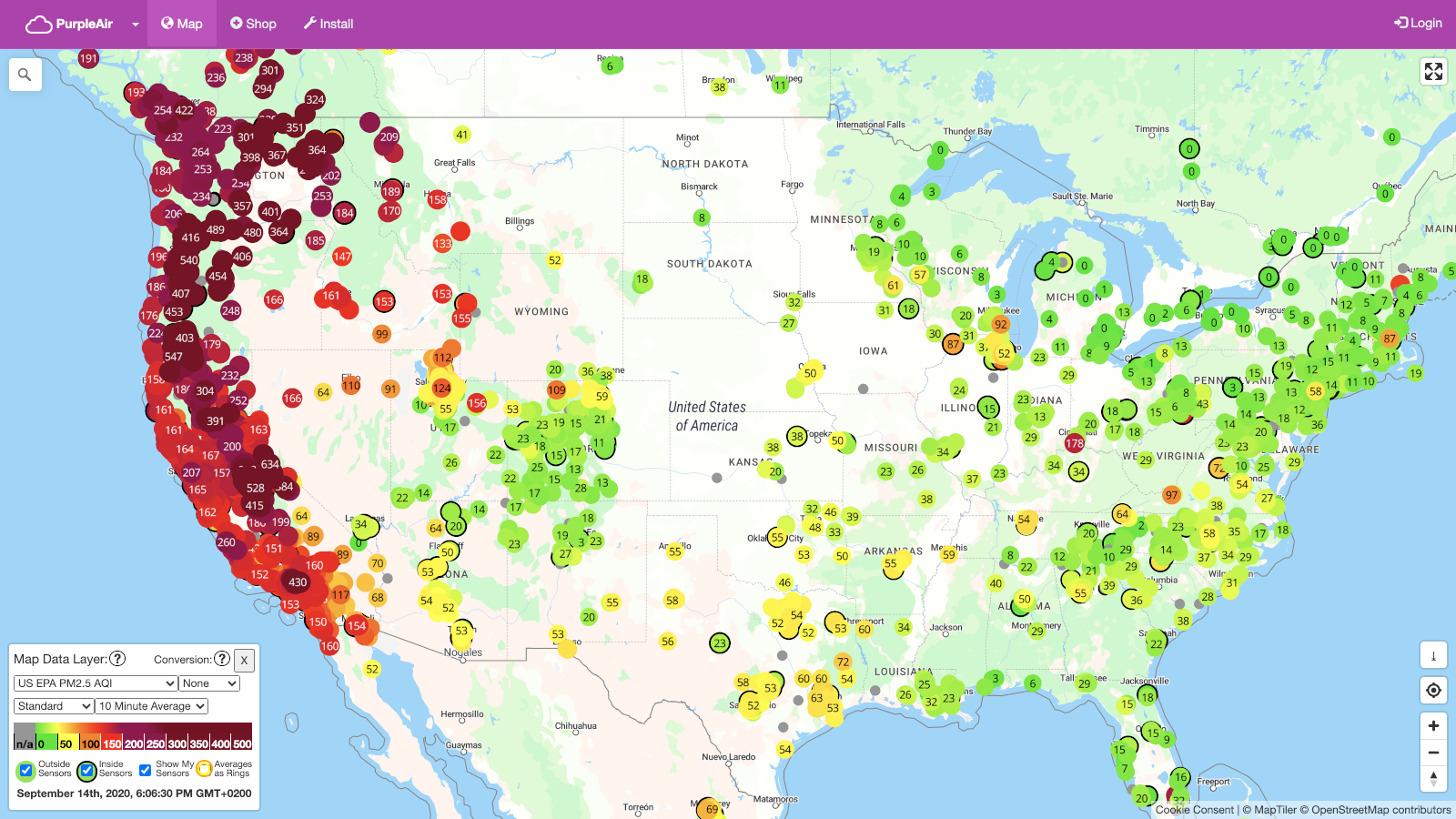 The wildfires are causing hundreds of thousands to flee their homes, and are also affecting far away regions, causing many suffer from the respiratory effects of breathing the smoke. This makes the availability of granular and localized air quality data even more important.

According to PurpleAir CEO Adrian Dybwad, the PurpleAir map has been used by local and regional safety departments to make critical decisions, including when to close schools. During times of crisis, data and spatial context are critical to making correctly informed decisions. 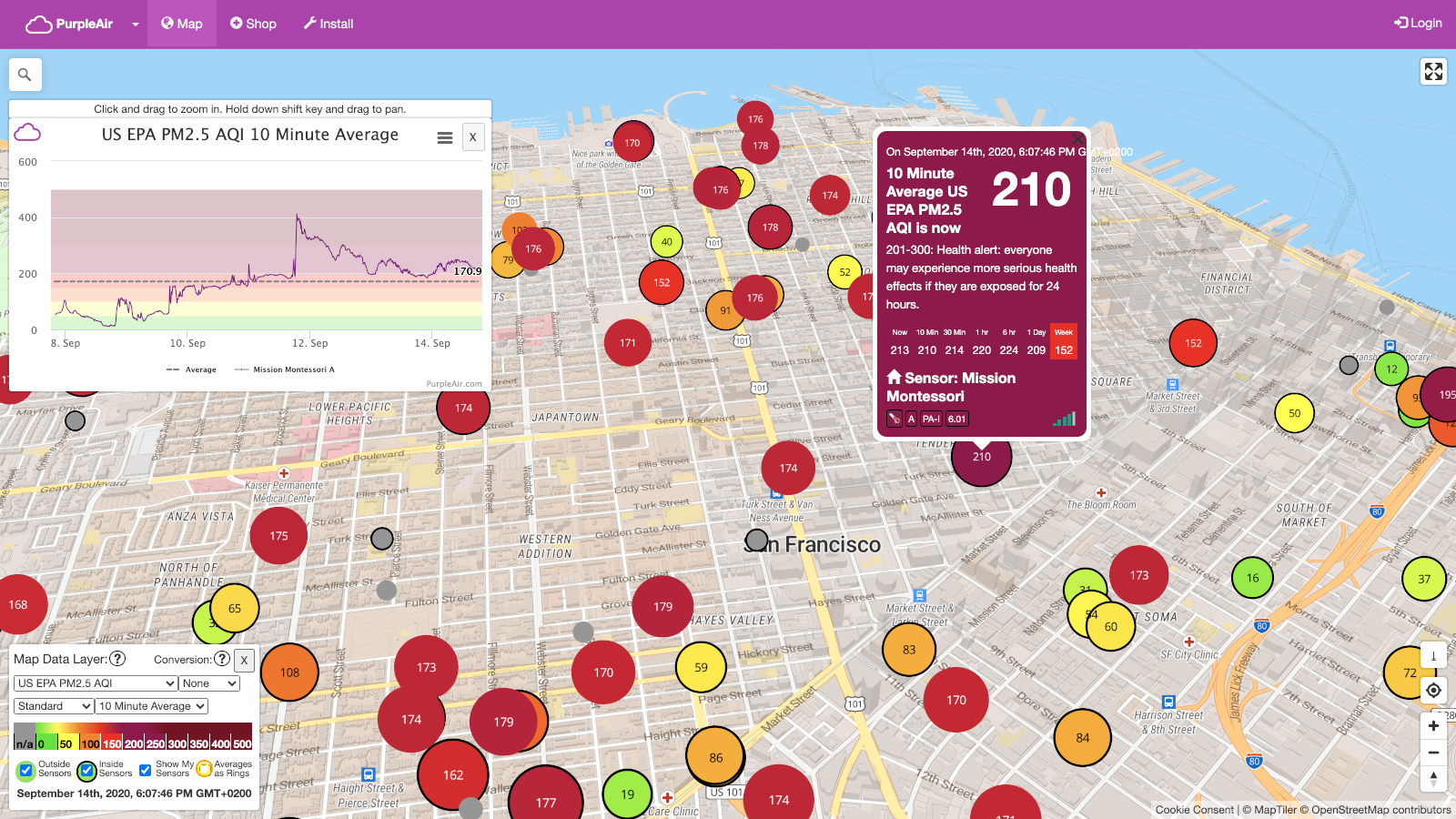 With climate change set to increase the scale and intensity of wildfires, PurpleAir mission is critical to the greater good, and MapTiler is proud to support this important map.