The best actors, film directors, and editors meet every year in Hollywood for a very special event: The Academy Awards, also known as the Oscars. There is a similar ceremony in Europe held every year, but instead of Steven Spielberg or Jack Nicholson, you can see on the stage various scientists, businessmen, and developers who transfer satellite data to thrilling ideas and innovative products. Organized by the European Space Agency, the official name is Copernicus Masters. This time the event was hosted as part of the European Space Week in Tallinn, Estonia. And one of the winners was the OpenMapTiles Satellite project. 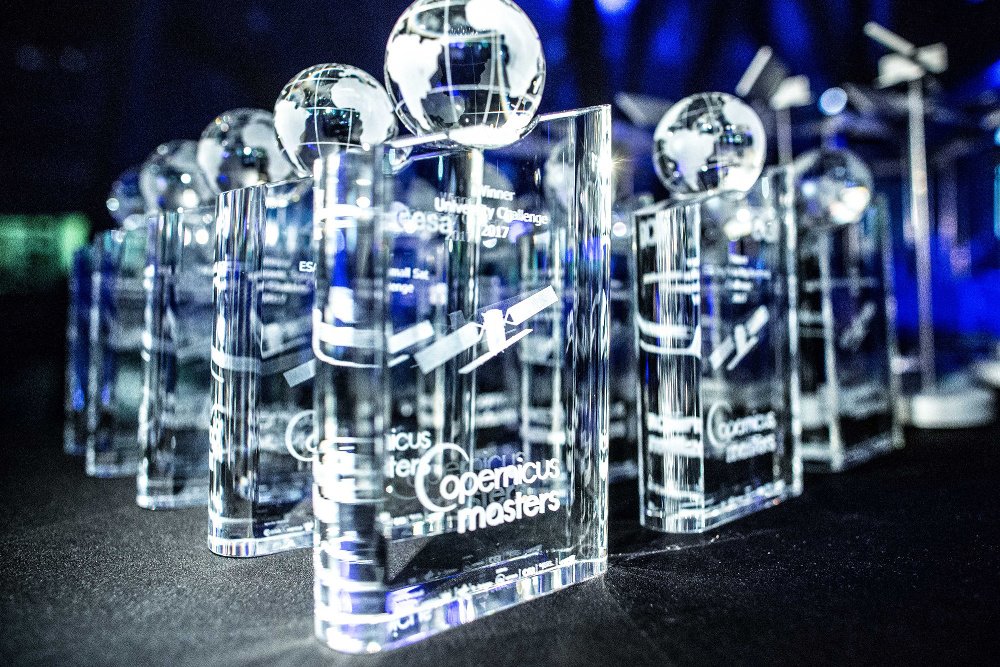 Copernicus Masters has been launched in 2011 by AZO on behalf of the European Space Agency with a clear mission: promote projects based on a vast amount of data from Copernicus satellites, support them with their future development and intensify cooperation between ESA and the private sector, which encourage innovation and further transfer into Industry 4.0.

The prize for winners has a form of trophy. Moreover, there is also a financial reward where partners of each category support further development of the project. There are 14 various categories in total, each with a different objective.

And the winners are … 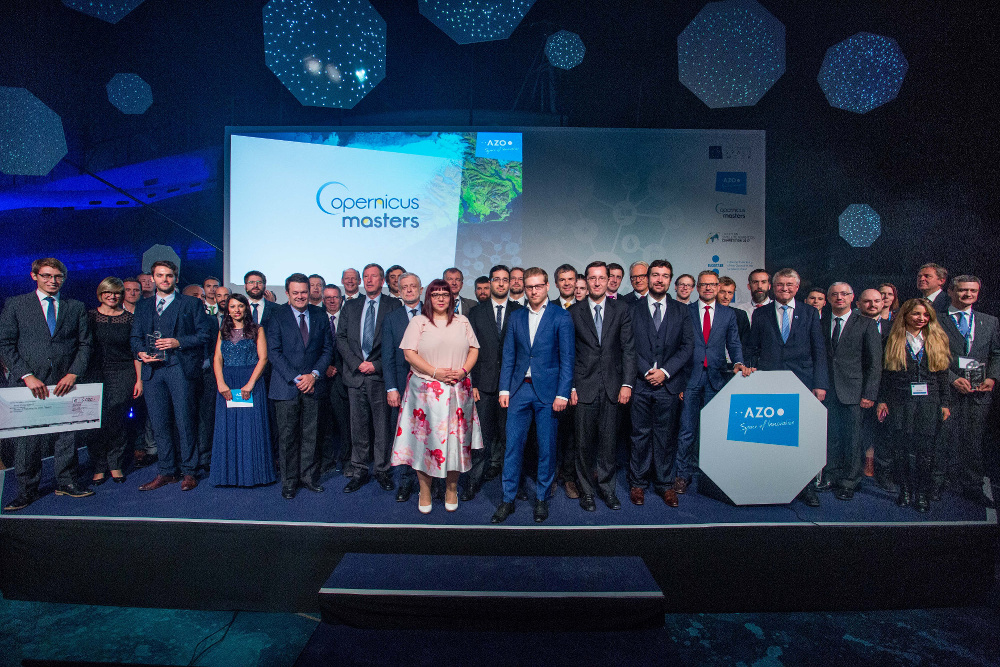 The winners of all 14 categories ©AZO

The winning team was represented by Prof. Adriano Camps and Prof. Alessandro Golkar who presented their idea of two small satellites for measuring soil moisture and ice thickness. Together with the main prize they also received the award in the ESA Sentinel Small Sat (S³) Challenge and 1 Million Euros as a credit to launch their own satellites to space.

But the whole ceremony was filled with very interesting ideas. Among the winners, there were applications computing up-to-date mountain bike routes, two categories were focused on wildfires, their detection, and identifying consequences. Next to them, DroneSAR were presenting how to utilize satellite data for search and rescue operations using drones. Dutch start-up OPTOSS AI focused on something very relevant for its home country: extreme weather forecast. The variety of topics was ranging from agriculture data utilized in applications determining wine quality or bee behavior, to systems designed to help with forest protection and much more.

Fight wildfires, forecast wine quality, track bees, plan trips on a bike, … or get a detailed satellite image of the whole world on a USB stick and use it in your products or website without limits.

And last, but not least, Petr Pridal representing Klokan Technologies and OctoGEO, was asked to step on the podium to be awarded in the T-Systems Open Telekom Cloud Challenge category for his work on OpenMapTiles Satellite. 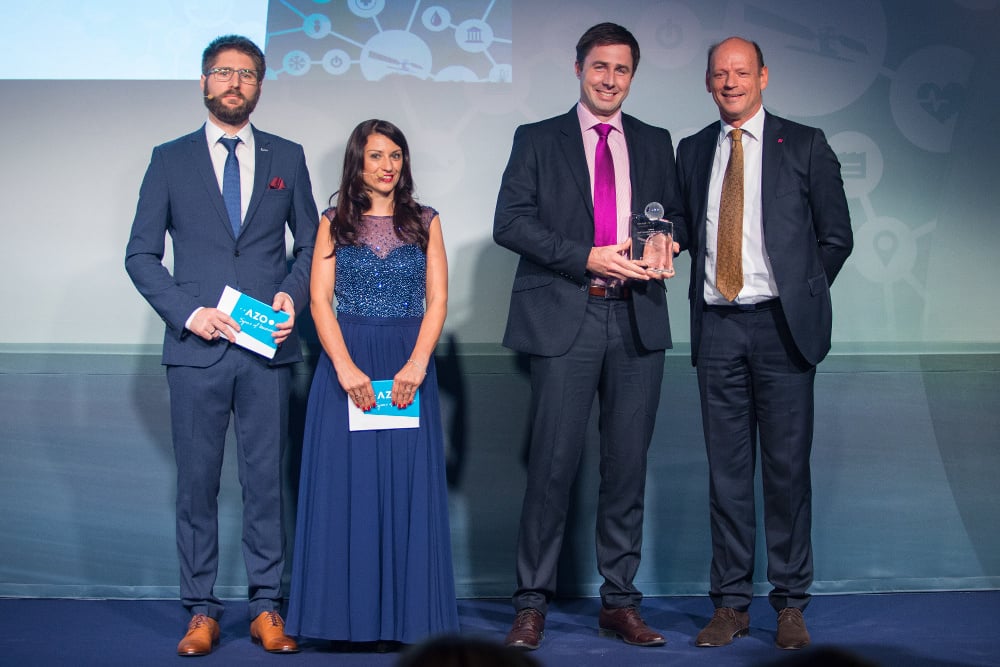 OpenMapTiles Satellite — a detailed image of our planet in your pocket

Almost 800 km above the surface of Earth, a pair of Sentinel-2 satellites are collecting a vast amount of data every second. Main tasks they have is to photograph our planet. And the best pictures from summer time on both hemispheres were collected, cropped, color calibrated, cleared from the clouds, stitched together, and published in a form of a package everybody can use in the application, on the web, or even offline.

To give the satellite map the right geographical context, the place names and roads from the OpenStreetMap project are displayed in one of the 55 languages.

Cleared from clouds, stitched together, color-toned and packet for direct usage in your products and websites

The OpenMapTiles Satellite map package with data for the whole world has approximately 200GB, which is a size of a bigger USB stick you can put in your pocket or easily store on any standard computer or server.

OpenMapTiles project makes it easy to host your own worldwide street and satellite map on a local computer, or on a private and public cloud.

Companies and institutions who need maps in their products can easily launch independent global map services powered by our software and geodata packages and integrate the maps with their websites and mobile apps.