Generating maps in any geographic coordinate system in GeoPackage format and direct upload to MapTiler Cloud is now possible with MapTiler Desktop 10.2.

Currently, only raster tiles in GeoPackage are supported. Generating vector tiles in the GeoPackage format is planned for future release. 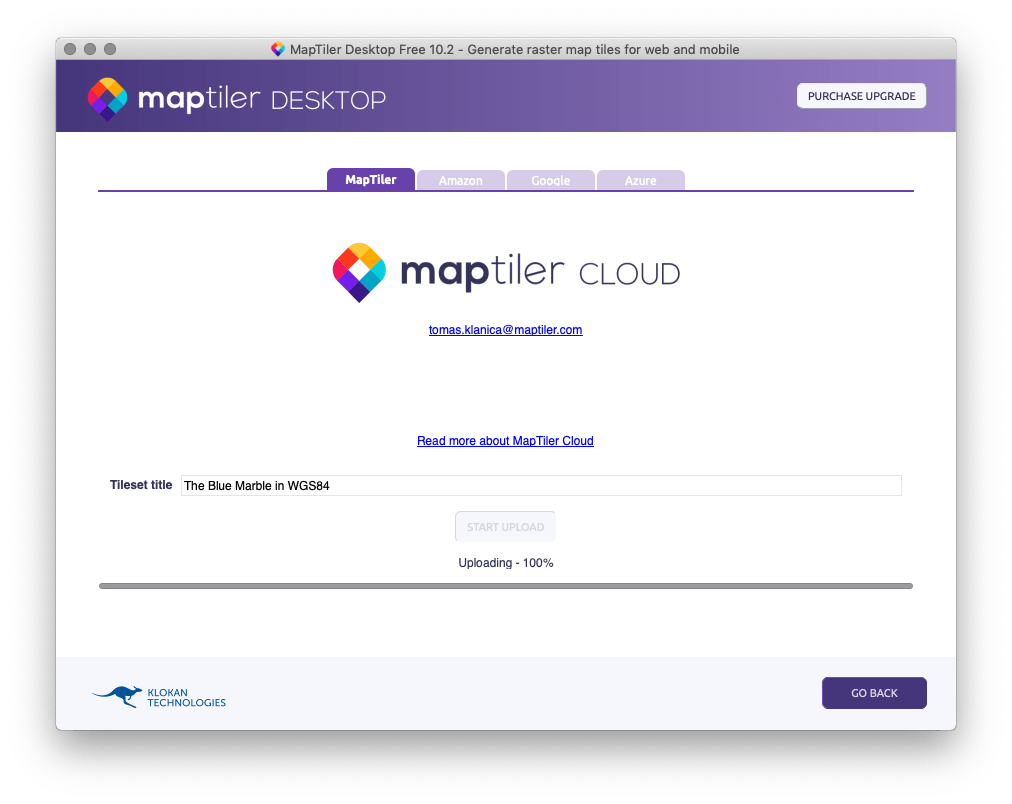 Direct upload to our recently announced MapTiler Mobile app has been added. It uses the MapTiler Cloud for storing the files. Maps can be uploaded into the mobile app in the Web Mercator projection using the MBTiles format.

Other improvements in MapTiler Desktop 10.2