Swisstopo maps via API or offline

The recently launched swisstopo maps are now available for commercial use from MapTiler’s global infrastructure with guaranteed SLA, seamlessly blended with global maps, as raster tiles, on mobile devices, with dark and gray styles, and much more!

It’s never been easier to integrate Swiss maps and high-resolution imagery into your business products, through MapTiler Cloud or for self-hosting with MapTiler Server.

Creation of swisstopo Light Base Map was drifted by the idea of having a simple, yet powerful map for overlaying additional data. As swisstopo pointed out:

“The Light Base Map is a background map to provide a foreground theme with optimal spatial orientation. The graphic design of this web map, based on vector tiles technology, is therefore unobtrusive with reduced content.”

To make maps even more attractive for end-users, MapTiler has developed a series of presets based on the new swisstopo style, including Dark Mode, Grayscale, and Vivid. The first two are a perfect choice for overlaying own datasets while Vivid is an unofficial style inspired by the traditional Swiss national topographic maps.

The swisstopo dataset includes town names in all four official languages of Switzerland: German, French, Italian, and Romansh. You can set the map to show town labels in the language used in each place or set the whole map to use your preferred language. Alternatively, the map language can be changed based on the end-users preferences.

International businesses need global maps. With MapTiler, you can get the unique swisstopo features - like hand-drawn reliefs - integrated with global datasets like OpenStreetMap Vectors, Hill-Shading, and Contours. Everything prepared for you as a single map. 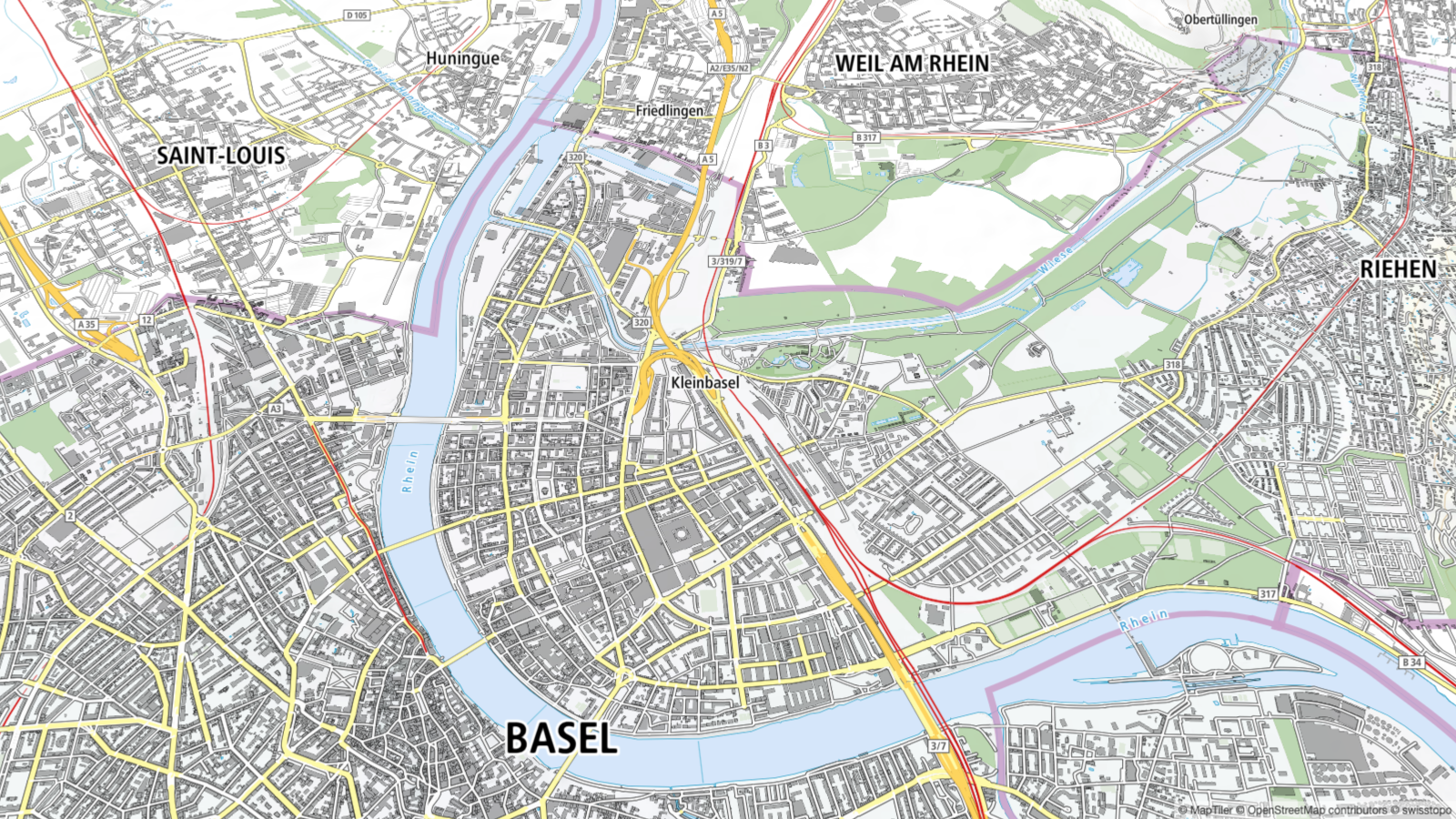 With MapTIler Cloud, the Swiss maps are provided over reliable, fast and secure map service, running on a global infrastructure with 150 datacenters on five continents.

The maps are served via MapTiler Cloud APIs, backed by our enterprise SLA over 99.9%. The maps can be served as Retina/HighDPI raster tiles or OGC WMTS for ESRI ArcGIS, QGIS, and other GIS software. Web developers get access to viewers with sample code for Leaflet, OpenLayers, and MapLibre/Mapbox GL JS libraries.

You can get Maps API endpoints and sample viewer with free account on MapTiler Cloud:

The swisstopo data and MapTiler’s preset styles can also be packaged with MapTiler Server for self-hosting. The MapTiler Server can run natively on Windows, Mac, Linux, or through Docker.

The Swiss data can be combined with global MapTiler maps, and can even be transformed into a custom local coordinate system for highly-precise measurements.

Swiss Maps in Android and iOS

Anyone can now use the official Swiss data in the free MapTiler mobile app, just opening the catalog selecting the swisstopo maps from there. Programmers can use the MapTiler mobile app source code to develop their own mobile apps using a variety of open-source SDKs, including MapLibre SDK.

The entire Switzerland can be stored on the device and used completely offline: vector tiles of the whole country use only about 500MBs.

It’s never been easier to use official government data in your maps.