We are proud to announce MapTiler France, your hub for products and services in France! Map design inspired by the French cartography, high-resolution satellite imagery, maps in the French coordinate system and contact to a local expert in Lyon can be found there.

Maps for our French users

A set of beautiful map styles can be directly used in your mobile or web applications, including Pastel and Topographique inspired by the legacy of French cartography. The Customize tool can be used to change colors or add your own fonts for a map fitting your company brand or use-case. Country and city names from all over the world can be displayed in French, but also in 60 other languages including regional Basque/Euskara, Occitan or Corsican. Imagery with a resolution of 20 cm/px from almost 70 French départements is progressively being deployed into our satellite map. This update includes the ORTHO HR® aerial images available from Institut Géographique National (IGN) as open data. They allow a much deeper zoom and provides better experiences at large scale, up to 1:1000 (z18). This nicely complements the recent update with Airbus SPOT imagery which introduced a minimal resolution of 1.5m/px all over France. You can already zoom in Paris, Toulouse, Marseille, Nice, Saint-Etienne, Dijon or Lille to see how it looks!

Tiles in the French Coordinate System

Our maps are now also available in the reference national coordinate system for France, the so-called Lambert 93 (EPSG:2154). Vector and raster tiles in this system can be displayed using the OpenLayers 6 JavaScript viewer, which significantly improves their rendering. French cadastral information or any other accurate GIS dataset can thus be hosted on our infrastructure and added to the maps prepared in Lambert 93. The latter are also available through WMTS and the Static Maps API. 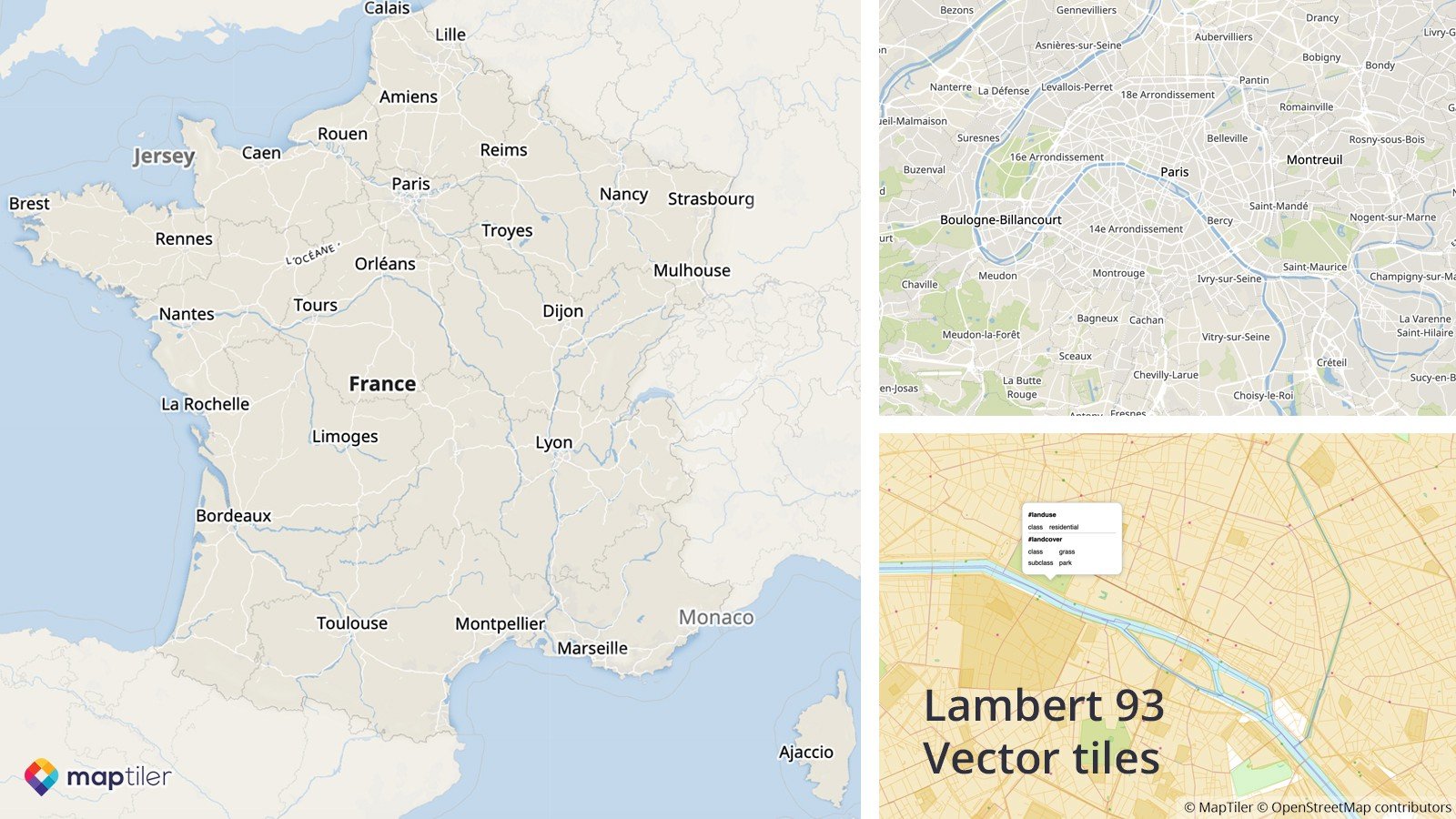 The RGF93 / Lambert 93 tiling grid is now also supported by the MapTiler Desktop 10.2, letting you generate custom tiles from your own data, upload it to MapTiler Cloud and display it on top of the maps in the same coordinate system.

MapTiler.FR, your maps gateway in French

Head to MapTiler.FR to read more about MapTiler products in French, and follow @MapTiler_FR for news and updates! Contact us in French for sales requests and expertise on MapTiler for the French geospatial ecosystem.