MapTiler increased the resolution of the satellite map of Europe with data from Airbus Defence and Space. You can now easily spot details like separate houses, cars on the street or even individual trees, in many countries even more!

Many countries in Europe already have aerial imagery with resolution up to 12cm/pixel. The rest of the continent has a minimum resolution of 1.5m/pixel or 2.5/m pixel.

The data are supplied by Airbus Defence and Space, one of the divisions of the famous airplane manufacturer. This deal was possible thanks to our victory in Copernicus Masters. Those data were color toned to fit with the rest of the satellite map in both higher and lower zooms.

Developers of web & mobile applications can use it via Maps API; either standalone or with street/town labels or even with 3D terrain. It is the most affordable alternative to Google Maps API respecting privacy.

Even higher resolution from aerial imagery

We hope to further increase the resolution with data from the Airbus’ OneAtlas project, which offers even higher resolution and more up-to-date imagery.

In the meanwhile, we updated our medium-res satellite layer with imagery from 2018.

Now we are enriching our map with high-resolution aerial imagery of individual countries/regions/cities. Some places, like entire Denmark, the Netherlands, Berlin, Prague or USA has already resolutions up to 8cm/pixel, and we are working on others (e.g. France, Austria, Saxony region, …). 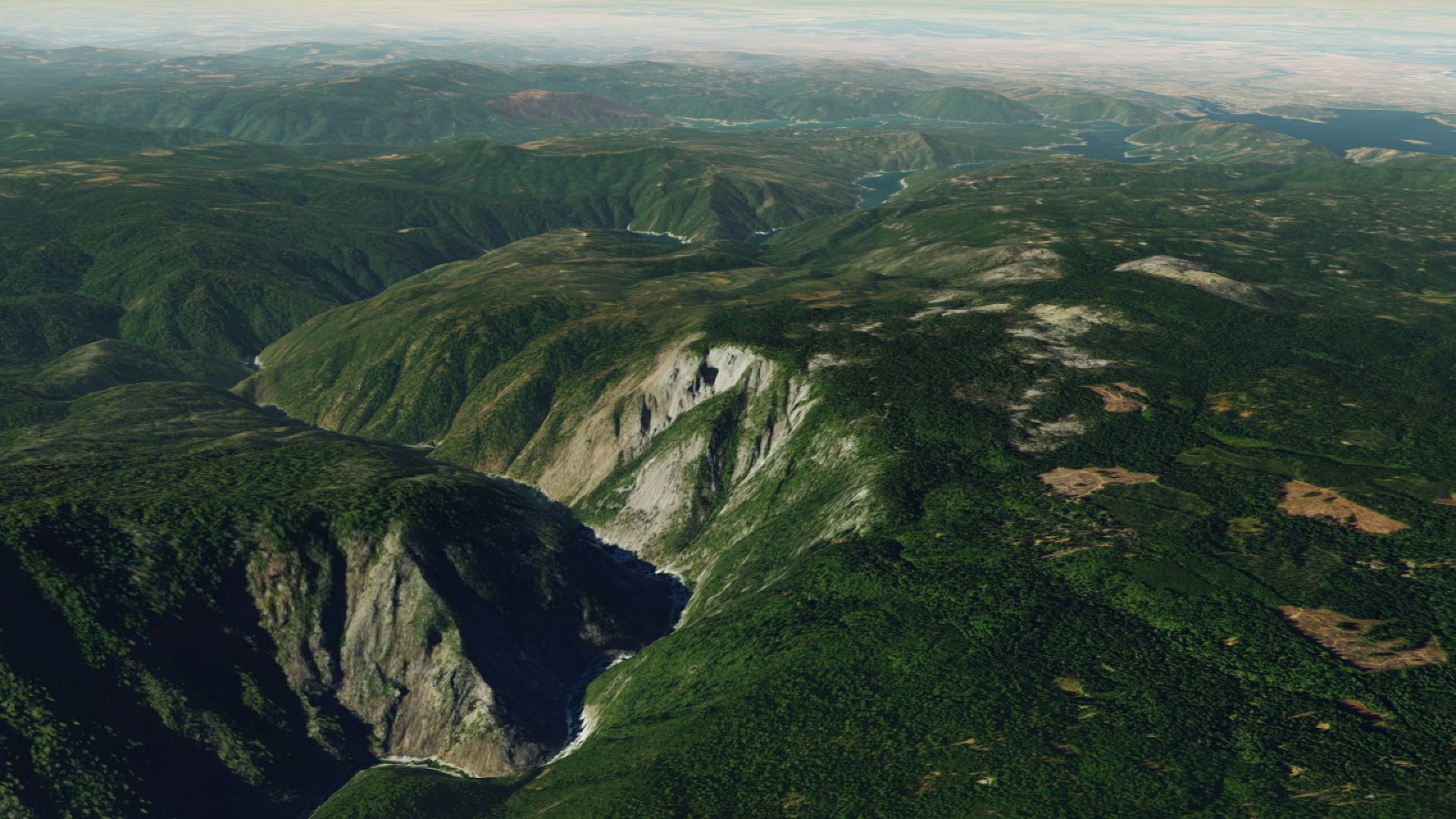 Data comes from the Earth observation mission done by SPOT 5 satellite (resolution 2.5m/px) between the years 2006–2008 covering central and northern Europe. Newer data from SPOT 6 & SPOT 7 are covering Meditarien sea countries (including France) that were taken between 2014–2016. All SPOT satellites are operated by Airbus DS.

The original raw data containing almost 10 terabytes of imagery was processed using our MapTiler Cluster into the final zoomable map. 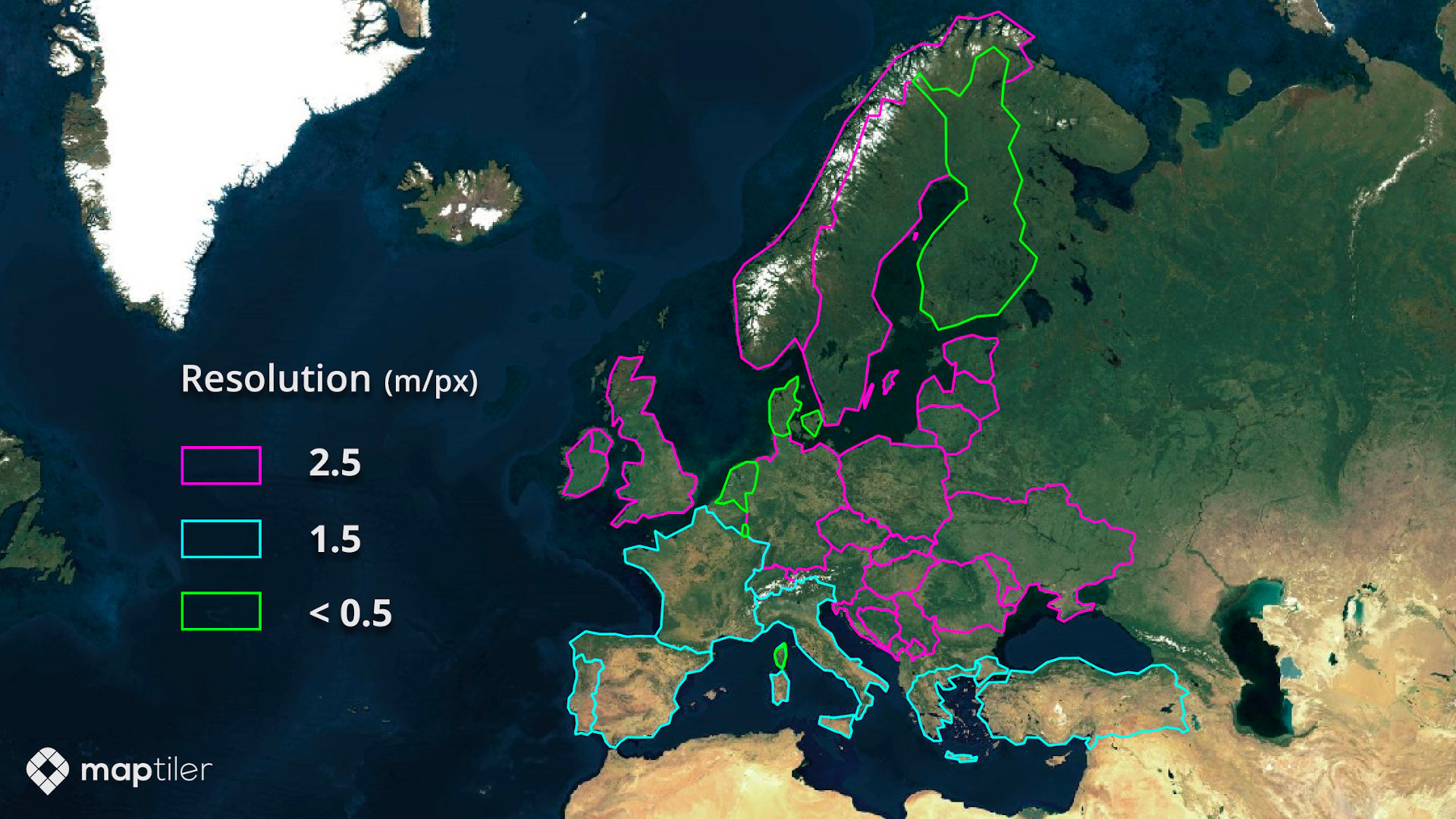 MapTiler Satellite resolution per country, as of September 2019

Find more information with details about the resolution of your country or subregion at www.maptiler.com/satellite/.

Browse the satellite map at www.maptiler.com/maps/ and start using it from MapTiler Cloud via our Satellite Maps API.